Diabetes (diabetes mellitus) isn’t just one specific disease but rather a group of disorders that all involve impaired insulin production and insulin sensitivity and, consequently, high long-term blood sugar levels. There are three main forms of diabetes: Type 1, Type 2, and gestational diabetes. You can also get drug-induced diabetes from long term steroid use.

Type 1 diabetes occurs when the pancreas (the gland behind the stomach that aids in digestion) fails to produce enough insulin. Insulin is a hormone secreted by the beta cells of the pancreas and is essential for managing how glucose (sugar) is absorbed from the blood into tissue cells. Type 1 diabetes happens when an autoimmune reaction damages the beta cells of the pancreas, reducing insulin production to levels which are insufficient to control blood sugar levels. The condition is life-long and requires management with regular insulin injections in order to make up for the body’s own reduced production. 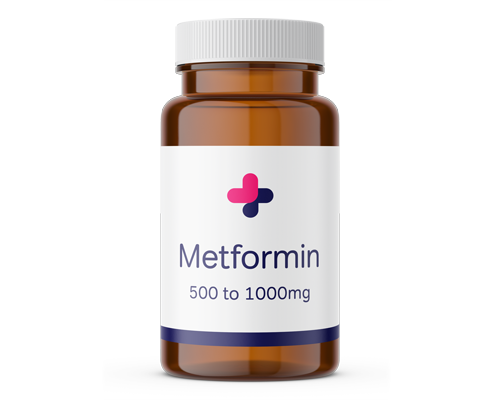 In Type 2 diabetes, the pancreas at first is working just fine and there are normal insulin levels.  However,  other cells fail to properly respond to insulin. This condition is called insulin resistance and it’s the first stage of Type 2 diabetes. Later on, if the disease isn’t treated, insulin production may also be impacted. Type 2 diabetes also is usually a life-long condition, but it can resolve with weight loss for some people. Treatment of Type 2 diabetes is based on lifestyle changes (most importantly a healthy, low-sugar diet and regular exercise) and medications like insulin sensitizers.

Diabetes is estimated to afflict 9% of the global adult population, with Type 2 diabetes accounting for ~90% of all cases. The disease is on the rise as populations are becoming more affluent and sedentary: today some 13% of American adults are thought to have diabetes, while back in 1958 the share was only 1%. Over 300,000 Americans die from complications of diabetes every year.  The annual medical and societal costs are estimated to be around $500 billion.

What are the typical diabetes (Type 1 & 2) symptoms?

Often seen symptoms in the early stages of diabetes include frequent urination (“diabetes” actually is a Greek term meaning “excessive urination”), a sweet urine odor, and increased thirst and appetite. One may not notice these symptoms or think of diabetes right away, which is why there are over 10 million undiagnosed diabetes cases in the United States. A blood test of plasma glucose levels can reveal pre-diabetes or early diabetes fairly accurately, though.

Without treatment, diabetes will progress and cause a wide range of complications, including cardiovascular diseases, visual impairment, neuropathy, chronic kidney disease, and foot ulcers which are due to both neuropathy and vascular damage. Ultimately, it can lead to death due to strokes, kidney failure, or a condition known as diabetic ketoacidosis.

Type 1 diabetes essentially is triggered by an autoimmune disorder, where T-cells attack and destroy the beta cells of the pancreas. As the number of beta cells decreases, so does insulin production. Type 1 diabetes usually occurs at an early age, and mostly in otherwise healthy children. Globally, every year, some 80,000 children develop Type 1 diabetes, but the prevalence varies greatly from region to region. The reason for this is poorly understood, just like there’s no scientific conclusion yet on the underlying triggers of Type 1 diabetes.

Genetics appear to play a role, though. Existing cases within a family make it 3-8% more likely that a child will develop Type 1 diabetes. On top of genetic predisposition, there could be environmental triggers, as is suggested by the high occurrence of Type 1 diabetes in certain regions of Europe.  Most likely these are triggers related to dietary habits and gut bacteria, but research on this question has yet to yield convincing evidence. It’s also possible that certain pesticides, medications, and industrial chemicals destroy pancreatic beta cells.

While the causes of Type 1 diabetes are still a bit of a medical mystery, the picture is much clearer for Type 2 diabetes which, as mentioned, accounts for 90% of global diabetes cases. Type 2 diabetes is caused by a combination of unhealthy lifestyle habits and genetic factors.

Diabetes involves dozens of genes and specific gene mutations, with each of those increasing or decreasing a person’s chances of developing Type 2 diabetes. There is, therefore, a hereditary component, and you are at a higher risk if someone in your family has diabetes.  Genetic causes alone very rarely lead to the development of Type 2 diabetes in an otherwise healthy individual.

The most severe Type 2 diabetes risk factors are not genes but your lifestyle: lack of physical exercise, a high carb / high sugar diet, and the resulting excessive body weight (obesity). Other, secondary lifestyle factors that influence diabetes risk are smoking, lack of sleep and chronic stress.

Up to 80% of Type 2 diabetes cases are associated with excessive body fat. Chronic obesity is thought to increase insulin resistance and eventually trigger diabetes, as complex chemical processes in fat tissue change other cells’ ability to respond to insulin. In particular, fat tissue overlying the abdomen and waist is to blame for this. The link between obesity and Type 2 diabetes is clearly evident in the fact that since the 1960s child obesity and childhood-onset Type 2 diabetes has been growing at similar rates.

The problem lies not just in that we eat too much but also what we eat. The average American diet features excessive consumption of sugary, starchy food and sweetened soft drinks. All these things have a high glycemic index, which means the food is quickly broken down in the stomach and blood sugar levels rise quickly. White rice and white bread, for example, raise blood sugar levels much faster than unsweetened oats or carrots. Quickly surging blood sugar levels over time can impair insulin production and trigger diabetes.

If you are worried that you may have diabetes, a simple blood test can provide more clarity and show whether you are at risk. In fact, if you go to your doctor for regular yearly health checks, you will likely be screened for diabetes.

I'm pre-diabetic, what should I do?

Everything you need to know about pre-diabetes

What is the difference between type 1 and type 2 diabetes?

How to know if you have diabetes

What should I eat while taking Metformin?

What are the 3 most common symptoms of undiagnosed diabetes?

What is the best time of day to take Metformin?

What are the early signs of diabetes?